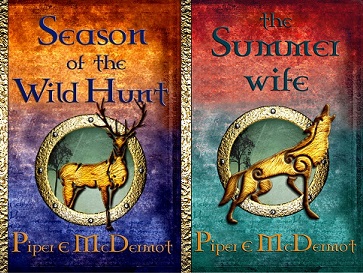 An exotic widow on a quest for revenge; a war-chief caught between loyalty and a future he does not want; a mad druid determined to build an empire – and the foreign trader who could bring all their plans to ruin. Everyone has secrets. Theirs are deadly.

Nya’s people stand on the brink of extinction, out-numbered and out-matched by the technology of their enemy in the North.  Her father and her lover are both dead. And not only is it all her mother’s fault, she has lied to Nya all her life.

If she wants her revenge, she will have to save the life of a man who died centuries before she was born.  She will have to cross the mysterious Ways.

Nya and her childhood friend travel half way across the planet to reach the Ways, but several unpleasant surprises are waiting for them beyond those relics of ancient empires. One of which is a band of suspicious northerners who take them captive.

Forced to unite with the northerners in her quest against their common enemy,  Nya is soon caught up in a dangerous political web fuelled by ambition and jealousy, and she must navigate a precarious path between keeping her secrets and uncovering those of the northerners.

As events spiral out of her control, her choices threaten to destroy the people she loves – including the one she comes to love most of all.

For there are other forces to contend with. Forces that come from far beyond the Seventh Gate.

Inspired by the mysteries, the great love stories, and the tragedies nestled in the prehistoric roots of Arthurian legends and of Celtic myth, Season of the Wild Hunt is the beginning of a tale that follows a relationship through the course of a lifetime, set against the backdrop of worlds at war.

Click HERE to download  three sample chapters for free – and for all the latest updates and added insider-only bonuses, Subscribe here. The  print version is available below, and I’ll let you know as soon as the ebook is launched. You’ll be in line to receive special giveaways, exclusive content, and all sorts of other fun goodies not available anywhere else.

The gorgeous, Limited Edition print copy of Season of the Wild Hunt is available now.

To get your signed copy 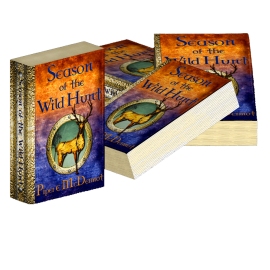 An ambitious fantasy novel, influenced by Celtic and Arthurian mythology, with a teeming cast of characters and a lively story-world. The Conn/Elen thread wields a jostling cast of characters and hums with intrigue, from its passages on clan politics to its explorations of druidic mysticism. The Nyani/Ashira thread is, by contrast, a stripped-down, tightly-characterised study of two female travellers.

This splitting of the narrative gave the novel interesting dimensions. The minimal, action-based Nyani/Ashira thread was refreshing after the mysterious Conn/Elen thread, and vice versa. The diversity of the locations depicted in each thread helped to give the land of Érenn a sense of vastness, as well as depth and detail.

The prose is smart, practical yet evocative, equally driving and engaging, and full of quick-witted dialogue and sharply sketched characterisation. The women’s childhood memories and reminiscences were handled well,making them sympathetic and believable.

The author displayed a firm understanding of folklore and mythology, tying together strands of the Celtic and Arthurian traditions to create something that seemed at once familiar and new.

Season of the Wild Hunt was awarded the No .1 position at Harper Collins’ Authonomy in February 2014. 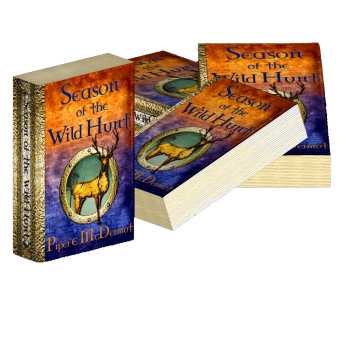 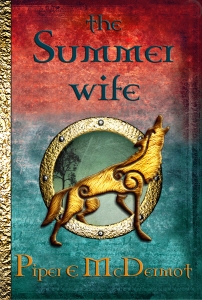 7 thoughts on “Season of the Wild Hunt : fantasy series”